The HAIG REPORT: the EVIDENCE

ARMED ROBBERY by the
Australian Government

If you came to this page as a result of a Google search on a term like <police harassment qld> [hey Luke!!] then go to my suggestions below.

OPEN  LETTER    [dated 16th November, 2006] to:
Commissioner Robert ATKINSON, Queensland Police,
all Qld Police,
Queensland Executive Government, including the
Police Minister Judy Spence, [both the corrupt ones and others, if any],
judges of the Supreme Court of Queensland [SCQ] and
Parliamentarians of Queensland. 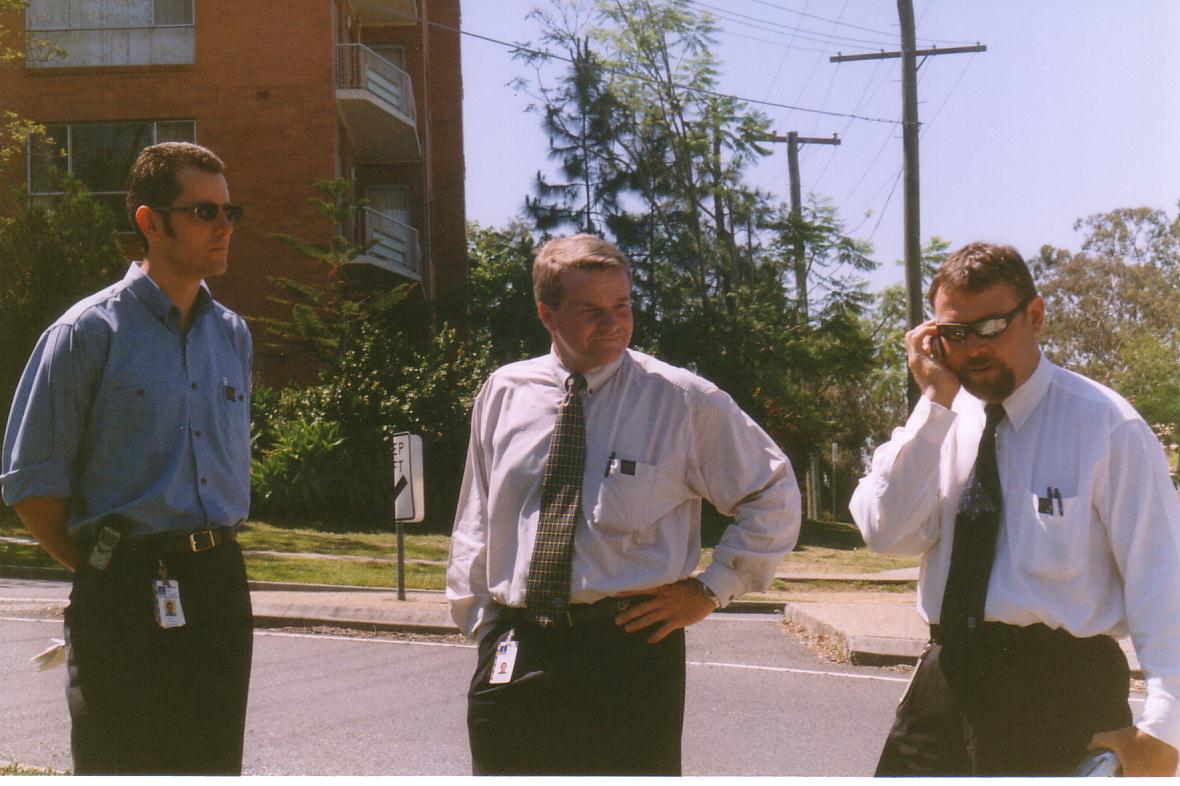 CRIMINALS are [L to R] Steve Beck, Owen Benvenuti, and Paul Maxwell:
These are three of the Brisbane City Council [BCC] Criminals.  For the sake of Yahoo, Google and Google Images, LEFT to RIGHT these parasitic CRIMINALS are Steve Beck, Owen Benvenuti, and Paul Maxwell: [if Benvenuti is his real name, it means "Welcome" in Italian, was the CRIMINAL SCUMBAG trying to be funny.]  You may recognize some of them.   They perpetrated extremely serious crimes; [not citizen against citizen but GOVERNMENT INVADING a PRIVATE CITIZEN'S HOME and STEALING A LARGE AMOUNT OF HIS PROPERTY].  The Lord Mayor Campbell Newman has been advised. He no doubt, takes advice. No-one worth their salt apropos legal knowledge could have told him that this 'Turkey Trio' were in their legal rights.  This seriously suggest that Brisbane's Lord Mayor,  Campbell Newman is himself corrupt.

See our WHOLE NEW WEBSITE devoted to this criminal parasite. 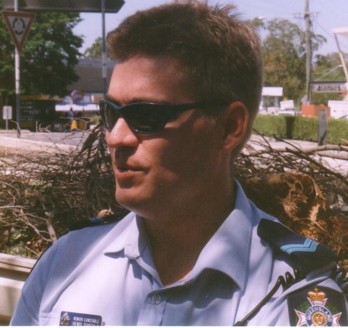 True DUMMY &
CORRUPT BULLY: So Corrupt Qld Police Service promoted him to be a
"police prosecutor". 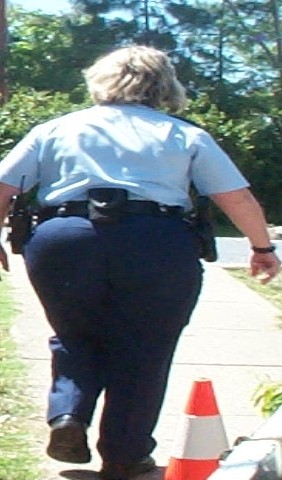 Dear Addressees,
This open letter is here for all, in any part of the world, to see.   I shall also email many of those to whom this is addressed to refer them to this page.   If I put the effort into producing this letter, I want as many people as possible to see it.

The point of this OPEN letter is for my report to the Qld Police to be PUBLIC.   I suggest that if the Qld Police fail to prosecute the criminals I nominate herein, then that shows clearly that the Queensland Police themselves, AS AN ENTITY, is/are corrupt from the highest level.   I have previously advised the Qld Police of these crimes against me, but they have chosen to not act.   I believe this is a part of the corruption in Queensland, for the reasons I entertain on my report about this illegal entry.  I am qualified in Law with an LLB and studying for my PhD in combined cross discipline, Law and Logic.  I am more skilled, legally and otherwise , and more intelligent  than most of the parties to whom this is addressed, and less skilled and intelligent than none.  I have been lucky that the cards have fallen that way.  However, it has been due to my determination and effort that I am so highly qualified.  It has been a lot of work over a long period of time.  Anyway, I have explained fully the law surrounding this matter on this site.

This case shows conclusively, that some police in Queensland are corrupt.  There is no doubt on the clear evidence, essential and sufficient facts, admitted by the Police and BCC,  that serious crimes were committed by BCC and Police. The seriousness of the crimes relates to the fact that organs of the government, the police and a public authority, the BCC, invaded a citizen's home, without any authority. The government invasion was egregious and arbitrary.  It is far more serious when the state acts criminally towards a citizen, compared to a citizen acting criminally towards another citizen.  It is suggestive that the Queensland police are corrupt, as they refuse to act as they are required to do, according to law.

It is clear that the BCC did not have any authority to enter my home.  They state, apparently knowing that the Queensland Government Corruption will "protect" them.  Are all your police so incompetent or was it just these two ...........s Rantala [NEW Website on Rantala]  [see his picture on this site] and Big A for Antony [Constable Monica Antony] [see her photo above] ?

[As an aside, Dummy Rantala [see NEW Website on Rantala] is trying to do a law degree. When discussing him, other police who knew him stated to me, "just because he's doing a law degree does not mean he is intelligent",   No worthwhile university would have him so a the mickey mouse university, Southern Cross University [SCU], I believe, agreed to try to educate him.  Firstly, because of that he was given the rank of "Senior" constable, and put in the "Legal" section of the QPS.  He was then put into "prosecutions".  This may give some idea of how incompetent is Police Prosecutions section. [NEW Website on Rantala]   Additionally, I believe SCU should be subjected to closer scrutiny,because they would accept perjuring scum like Rantala. [NEW Website on Rantala]]

These crimes were committed by the Brisbane City Council [BCC], and by the three employees plus about ten others, their identity can be determined during an investigation, and two police officers while working and hence also the Qld Police Service, for whom they were ostensibly "working" at the time.   There is no dispute as to the evidence.  There are many photos showing the crimes underway, and the BCC and those two police officers have admitted their actions in affidavits,  Additionally, photographs show the police [see NEW Website on Henri Rantala] illegally upon my property.   There is documented evidence that the BCC KNEW they needed a court order to enter my property.  They wanted to cheat me and steal from me.  They knew I am sufficiently articulate to ensure all evidence was on the record, so as to be able to show corruption if any court made the order.

While police, per the recent police legislation, could have entered my property for a legitimate purpose, on this occasion they did not have a legitimate purpose.  The purpose they had, and they and the BCC personnel have admitted this in writing, was an illegal purpose and that is a matter of law.  Their purpose was to assist BCC to illegally enter my property and steal my property.  The BCC did not have a court order as required by the legislation.

SUGGESTIONS: If you came to this page as a result of a Google search on a term like <police harassment qld> [hey Luke!!] then this is my suggestion.

No-one can rely on anyone else.  You can rely on only yourself.  I am not relying on others here.  SELF HELP is the way to go.  Many resort to CRIME to resolve problems with the pigs.  That is not SMART.   There are more of them.   The INTERNET is the answer.  More accurately, the answer is PUBLICITY of the CRIMES of the POLICE.

There was a British Journalist on the 7.30 report last night  .  I will write this later but give the links now below.

There is so much police harassment.

You came to this page as a result of a Google search on a term like <police harassment qld> [hey Luke] the go to my suggestions below.

I have facilitated SELF HELP against CORRUPT AUTHORITIES by assisting your PUBLICISING THE CRIMES OF THE POLICE.

Write your own REPORT.  I have provided the FORUMS to enable you to do this easily.  I suggest first you write in the Self Help FORUM.  Go to  http://selfhelpjustice.com/forum/viewforum.php?f=7&sid=56ae0c601b055d74db3e64c491d04e70 /. Click on NEWTOPIC and start your REPORT.  [You will need to register first but that is quick and simple.]  IT IS JUST LIKE WRITING AN EMAIL.  Then check the other available forums on http://selfhelpjustice.com/index.html#stratum_australia /, or the other links you find on that page.  It is important to write in many different forums and LINK THE REPORTS  like I have done in http://rateaustralianjudges.com/forum/viewtopic.php?f=5&t=2 /.  You are gaining by just starting.  You cna continue to add more and more and more links and write in more forums, and the software make the link.  Just click on the URL of your target site, and cxlick on 'copy', then paste that into you posting.  You may like to write your text in a notepad file and then copy an past it into the forum.  That is what I do.

If you have any queries, send me another email like the contact form you just sent.  I can also add comments into your postings, but remember, this is SELF HELP.  Doing this PUBLICLY, no one can accuse you of being UNDERHAND, like the police.  They just hate it.  You should arrange for a close friend to be able to also add into your postings, just incase the police get too ambitious and arrest you.  We will TELL THE WORLD.  This network HAS A GLOBAL AUDIENCE.  I will post this and then  add more to it.